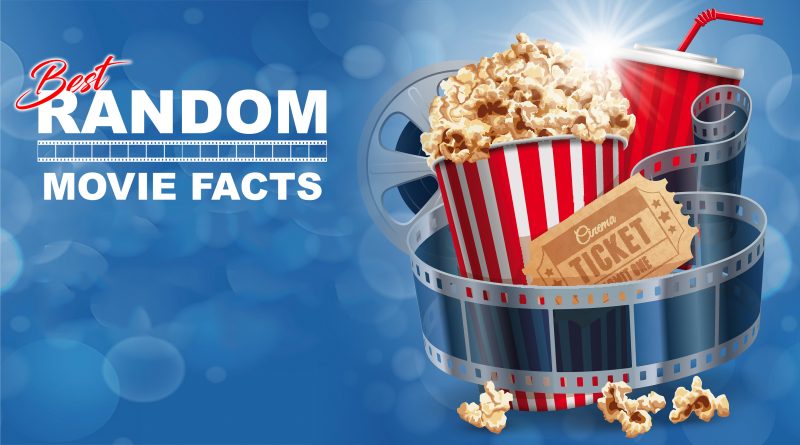 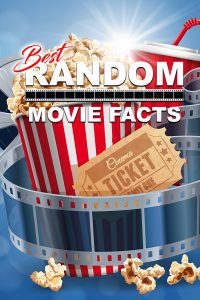 Gear up for movie night!

Let’s face it, producers and filmmakers have trained us to keep an eye out for those fun Easter eggs they hide in their creations. They serve no purpose, really. And yet we still gab about the sneaky surprises.

But here’s the thing. Your favorite flicks are probably hiding far deeper and more wow-inducing secrets.

Like, did you know that one of the greatest films ever to come from Pixar was almost deleted? Or that the biggest box office hit of 1976 was written entirely in just two weeks?

Fascinating stuff, isn’t it? Well, here are more amazing and random facts just to make sure you win your next Hollywood trivia night – or to just show off some random knowledge during a lull in conversation! 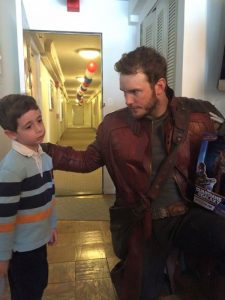 Guardians Of The Galaxy

Remember Chris Pratt’s Star-Lord costume? Of course, you do. Here’s a fun titbit – Pratt stole it from the set just so he could show up in costume and visit unwell children in the hospital.

O.J. Simpson very nearly played the Terminator. Sadly, for him, James Cameron dubbed his persona “too pleasant” for a dark character.

How much did you love the Dude’s wardrobe in this film? Here’s something you didn’t know – every item really did come from Jeff Bridge’s own wardrobe.

That beautiful charcoal of a naked Kate Winslet was drawn by none other than James Cameron. Yup, the slightly scandalous charcoal piece of a topless Winslet in Titanic was drawn by the director. I suppose if you want something doing right, you’ve got to do it yourself.

Walt Disney refused to let the amazing Alfred Hitchcock film anything at Disneyland back in the 1960s, citing that Hitchcock had made that “disgusting movie” we know, and love called Psycho.

The Theory of Everything

Apparently, Stephen Hawking emailed director James March about Eddie Redmayne’s portrayal in this movie. Hawking mentioned there were some parts where he felt like he was watching himself. Besides using his copyrighted voice, Hawking loaned filmmakers his Companion of Honor medal along with his signed thesis to use as real-deal props in this flick. 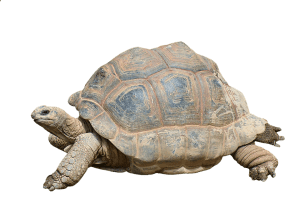 How cool do the velociraptors sound when they talk to each other in Jurassic Park? Hold on to your hats for this one – it’s really the sound of mating tortoises.

Lord of the Rings

Love it or hate it, you know about LOTR. Well, Sean Connery actually turned down playing Gandolf, even after he was offered 15% of the movie’s profit simply because he didn’t understand the script. There goes $450 million, Sean.

We know that the Alien franchise swaps different androids for just about every installment, but there is one rather fascinating consistency – they all go in alphabetical order. Think about it: Ash, Bishop, Call…

How much does Michael Myer’s mask rock in this movie? It’s really just a slightly altered Captain Kirk mask that’s been painted white.

The only two Disney characters ever to feature with both parents that don’t die at some point are 101 Dalmatians and Peter Pan (Wendy).

Ah, the dreamy The Notebook. The dreamy Ryan Gosling. Well, not according to directors. They only cast Gosling because they wanted a character that wasn’t handsome!

Walt Disney might have had unsavory things to say about the film, but Psycho was the very first film to feature an actual flushing toilet at a time when it was all considered rather inappropriate.

That big scene in the movie where Mia’s stabbed in the heart by Vincent was really shot in reverse. In actual fact, John Travolta is pulling the needle out of her.

Guess who nearly played the lead in this classic? Ronald Reagan. Well, this really turned out to be a bit of a ruse to keep his name in the press, but still – random fact indeed!

This movie’s budget was so bargain-basement level that there was just $250 allocated for makeup. Worked out, though. The movie’s Makeup and Hairstyling walked away with an Oscar.

I started off this post telling you about a Pixar film that was almost deleted – it was Toy Story 2. A single command that was entered in the master machine where the film’s animation was stored resulted in 90 percent of the work being deleted. Luckily, the technical director had a copy at home and most of the film was restored, no thanks to the backup servers failing.

That’s it, go forth and conquer movie trivia night!