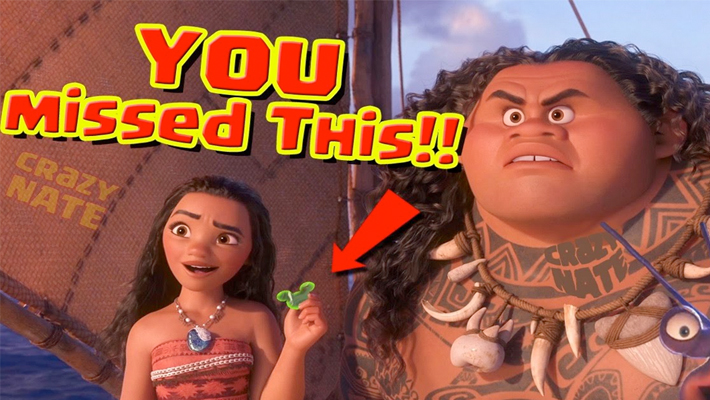 Moana was an amazing new twist on the traditional Disney Princess Movies, and we loved it. There were so many characters that we quickly grew to love. My personal favorite being Hei Hei the rooster (and yes, I know it’s name is pronounced “Hey Hey” 😉). Then There was Maui, played by Dwayne Johnson. Of course the movie wouldn’t be complete with out the bedazzled crab Tomatoa.

Let’s talk about what we are all here to see though, that’s right, the hidden Easter Eggs. If you are new to Easter Egg hunting in movies, basically a movie Easter Egg is anything that they hid in the movie that isn’t obvious, and it references to another movie, or hidden cameos. Pretty much anything that is hidden can be classified as an Easter Egg, just like when you hunt for Easter Eggs in real life on Easter Sunday. So let’s begin the hunt!

In the earlier part of the movie we see baby Moana rescue a little sea turtle from the birds. When she is escorting it to the ocean, she shields it with a branch, Just like Lilo did.

After she rescues the little sea turtle the ocean opens up and invites her to explore it. If you look in the water you can see what resembles Crush and Squirt from Finding Nemo.

In the same part where we see Crush and Squirt if you lock your eyes on the bubbles you will see a hidden Mickey floating to the top. But don’t blink,

it happens fast so you may need to watch the scene in slow motion.

When the wave takes a unnatural form to wave at baby Moana, if you are old enough you will remember a old classic film staring the late Robin Williams called Flubber. This film was about a green slime that takes on a personality of it’s own. The ocean also has it’s own personality that parallels the little green ball off goo.

Hei Hei is another bird that once again seems to be the dumbest bird on the planet. Don’t forget our friend Becky from Finding Dory. She too was a few cards short of a full deck. If you notice Hei Hei also got a cup stuck on his head.

Do you SMELLLLL What the Rock is cooking? That’s right Dwayne Johnson, also nicknamed The Rock, also play’s as The Rock in WWE. Later in the movie he plans to eat Hei Hei, so naturally at some point in the movie Hei Hei has to try to eat “the rock”.

This one is unconfirmed, however companies have hidden their products in movies for a long time now. One obvious one would be the movie E.T. when the kid used Reese’s pieces. He was going to us M&M’s but the two companies didn’t get along. I’m not 100% sure on this one, but it looks like some of the stuff that Maui feeds Hei Hei look a lot like Skittles to me.

When they have the song and dance on the island at one point you will see two villagers shaking out a old rug. If you look closely though you will see that’s not just any rug. That’s the Magic Carpet from Aladdin. We see a lot of references to Aladdin because the co-directors Ron Clements and John Musker of Aladdin also co-directed the movie Moana.

Want to see more hidden easter eggs? Watch my video. Remember to share a smile with someone today, they are contagious.

Who was your favorite character in the movie Moana? Let me know below… 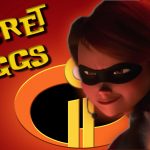 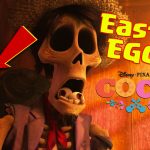 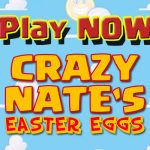 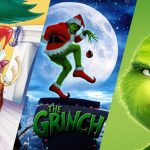 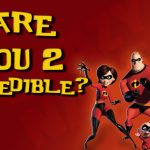 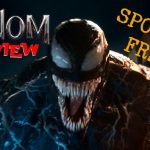